1–2 tablets 2–3 times a day. The tablets should always be taken with water, tea, lemonade, etc. The use of the medicine is reserved for adult patients only. Always use the lowest effective dosage and only increase it if it is not sufficient to relieve symptoms (pain and fever). Do not exceed the recommended doses: in particular, elderly patients should follow the minimum dosages indicated above. Those most at risk of serious side effects, who can use the drug only if prescribed by a doctor, must strictly follow its instructions (see section 4.4). Use the medicine for the shortest period possible. Do not take the product for more than 3–5 days without medical advice. Consult your doctor if symptoms persist. Take the medicine preferably after main meals or in any case on a full stomach.

Acetylsalicylic acid Angenerico tablets are contraindicated in case of: - hypersensitivity to the active substance (acetylsalicylic acid), to other analgesics (painkillers) / antipyretics (antifebriles) / non-steroidal anti-inflammatory drugs (NSAIDs) or to any of the excipients; - Gastroduodenal ulcer; - Hemorrhagic diathesis; - Severe renal, cardiac or hepatic insufficiency; - Deficit of glucose – 6 – phosphate dehydrogenase (G6PD / favism); - Concomitant treatment with methotrexate (at doses of 15 mg / week or more) or with warfarin (see section 4.5); - History of asthma induced by administration of salicylates or substances with similar activity, particularly non-steroidal anti-inflammatory drugs; - Last trimester of pregnancy and lactation (see section 4.6); - Children and adolescents with flu or chickenpox symptoms due to the risk of Reye's syndrome; - Children and teenagers under the age of 16.

The most frequently observed side effects are affecting the gastrointestinal tract and can occur in about 4% of subjects who take acetylsalicylic acid as an analgesic-antipyretic. This percentage increases significantly in subjects at risk of gastrointestinal disorders. These disorders can be partially alleviated by taking the medicine on a full stomach. Most undesirable effects are dependent on both the dose and the duration of treatment. The side effects seen with acetylsalicylic acid are generally common to other NSAIDs. Disorders of the blood and lymphatic system Prolongation of gastrointestinal bleeding time, reduction of platelets (thrombocytopenia) in extremely rare cases. Following haemorrhage, acute and chronic post-haemorrhagic anemia / iron deficiency (due for example to occult micro-haemorrhages) can occur with alterations in laboratory parameters and related clinical signs and symptoms such as asthenia, pallor and hypoperfusion. Nervous system disorders Headache, dizziness. Rarely: Reye's syndrome (*) Rarely to very rarely: cerebral haemorrhage, especially in patients with uncontrolled hypertension and / or on anticoagulant therapy, which, in isolated cases, can be life threatening. Ear and labyrinth disorders Tinnitus (buzzing / rustling / ringing / ear whistling). Respiratory, thoracic and mediastinal disorders Asthma, rhinitis, epistaxis Gastrointestinal disorders Gastrointestinal (occult) bleeding, discomfort, heartburn, epigastric pain, abdominal pain, vomiting, diarrhea, nausea, gingivorrhagia. Rarely: gastrointestinal erosion and / or ulceration and / or perforation and / or haemorrhage, haematemesis (vomiting of blood or "coffee" material), melaena (emission of black faeces, picee), esophagitis. Hepatobiliary disorders Rarely: hepatotoxicity (usually mild and asymptomatic hepatocellular lesion) manifested by an increase in transaminases. Skin and subcutaneous tissue disorders Angioedema and / or urticaria and / or erythema (associated with hypersensitivity reactions). Renal and urinary disorders Alteration of renal function (in the presence of conditions of impaired renal haemodynamics), urogenital bleeding. General disorders and administration site conditions Peri-operative haemorrhages, hematomas. Disorders of the immune system Hypersensitivity reactions Asthma, angioedema, urticaria, nausea, vomiting, abdominal pain forms cramps, diarrhea, erythema, rhinitis (profuse rhinorrhea), nasal congestion, conjunctivitis. Rarely: anaphylaxis. Pregnancy, puerperium and perinatal conditions : delay in childbirth. (*) Reye's Syndrome (SdR) The SdR initially manifests itself with vomiting (persistent or recurrent) and with other signs of brain pain of various entities: from listlessness, drowsiness or personality changes (irritability or aggression) to disorientation confusion or delirium up to convulsions or loss of consciousness. The variability of the clinical picture should be kept in mind: vomiting may also be absent or be replaced by diarrhea. If these symptoms arise in the days immediately following a flu (or flu-like or chickenpox or other viral infection) episode during which acetylsalicylic acid or other salicylate-containing medicinal products have been administered, medical attention should be directed immediately to the possibility of a SdR. Reporting of suspected adverse reactions The reporting of suspected adverse reactions occurring after authorization of the medicinal product is important as it allows continuous monitoring of the benefit / risk ratio of the medicinal product. Healthcare professionals are asked to report any suspected adverse reactions via the Italian Medicines Agency Website: www.agenziafarmaco.gov.it/it/responsabili.

Pregnancy Inhibition of prostaglandin synthesis can negatively affect pregnancy and / or embryo-fetal development. Results of epidemiological studies suggest an increased risk of miscarriage and cardiac malformation and gastroschisis after the use of a prostaglandin synthesis inhibitor in early pregnancy. The absolute risk of cardiac malformations was increased by less than 1%, up to about 1.5%. The risk has been estimated to increase with dose and duration of therapy. In animals, administration of prostaglandin synthesis inhibitors has been shown to cause an increase in pre-and-post-implantation loss and embryo-fetal mortality. Furthermore, an increased incidence of various malformations, including cardiovascular malformations, has been reported in animals given prostaglandin synthesis inhibitors during the organogenetic period. During the first and second trimester of pregnancy, acetylsalicylic acid should not be administered except in strictly necessary cases. If acetylsalicylic acid is used by a woman attempting to conceive, or during the first and second trimester of pregnancy, the dose or duration of treatment should be kept as low as possible. During the third trimester of pregnancy, all prostaglandin synthesis inhibitors can expose the fetus a: • cardiopulmonary toxicity (with premature closure of the arterial duct and pulmonary hypertension); • renal dysfunction, which can progress to renal failure with oligo – hydroamnios; the mother and the newborn, at the end of pregnancy, a: • Possible prolongation of bleeding time, and antiplatelet effect which may occur even at very low doses; • inhibition of uterine contractions resulting in delayed or prolonged labor. Consequently, acetylsalicylic acid at doses> 100mg / day is contraindicated during the third trimester of pregnancy. Feeding time Acetylsalicylic acid Angeneric 500 mg tablets are contraindicated during lactation (see section 4.3).

The package must be kept tightly closed. Store at a temperature not exceeding 25 ° C.

Contraindicated combinations (avoid concomitant use - see section 4.3) - Methotrexate (doses greater than or equal to 15 mg / week): increase in plasma levels and methotrexate toxicity; the risk of toxic effects is greater if renal function is impaired. - Warfarin: severe increased risk of haemorrhage due to potentiation of the anticoagulant effect. Combinations not recommended (concomitant use of the two drugs requires a doctor's prescription after careful evaluation of the risk / benefit ratio - see section 4.4) Antiplatelet agents: increased risk of haemorrhage due to the sum of the antiplatelet effect. Thrombolytics or oral or parenteral anticoagulants: increased risk of haemorrhage due to enhancement of the pharmacological effect. NSAIDs: (topical use excluded): increased risk of serious side effects. Methotrexate (doses less than 15 mg / week): The increased risk of toxic effects (see above) should also be considered for treatment with low dose methotrexate. Selective Serotonin Re-uptake Inhibitors (SSRIs): increased risk of upper gastrointestinal bleeding due to a possible synergistic effect. Combinations requiring special precautions or dosage adjustment (concomitant use of the two drugs requires physician prescription after careful risk / benefit assessment - see section 4.4) ACE – inhibitors: reduction of the hypotensive effect; increased risk of impaired renal function. Valproic Acid: increased effect of valproic acid (risk of toxicity). Antacids: antacids taken simultaneously with other drugs can reduce absorption; excretion of acetylsalicylic acid increases in alkalized urine. Antidiabetics: (e.g. insulin and oral hypoglycemic agents): increased hypoglycemic effect; the use of acetylsalicylic acid in subjects treated with antidiabetics must take into account the risk of inducing hypoglycaemia. Digoxin: increase in plasma digoxin concentration due to decreased renal elimination. Diuretics: increased risk of nephrotoxicity of acetylsalicylic acid and other NSAIDs; reduced effect of diuretics. Acetazolamide: reduced elimination of acetazolamide (risk of toxicity). Phenytoin: increased effect of phenytoin Corticosteroids: (excluding topical use and replacement therapy in adrenocortical insufficiency): increased risk of gastrointestinal lesions; reduction in plasma levels of salicylate. Metoclopramide: increase in the effect of acetylsalicylic acid by increasing the absorption rate. Uricosurics (eg: probenecid): decreased uricosuric effect. Zafirlukast: increased plasma concentration of zafirlukast. Alcohol: The sum of the effects of alcohol and acetylsalicylic acid causes increased damage to the gastrointestinal mucosa and prolongation of bleeding time. It is however advisable not to administer other drugs by mouth 1 or 2 hours after use of the product.

Salicylate toxicity (a dose greater than 100 mg / kg / day for 2 consecutive days can induce toxicity) may be the consequence of chronic overdose, or acute overdose, which is potentially life-threatening and also includes accidental ingestion in children. The poisoning chronic salicylates can be insidious since the signs and symptoms are nonspecific. Mild chronic salicylate poisoning, or salicism, usually occurs only after repeated use of large doses. Symptoms include dizziness, vertigo, tinnitus, deafness, sweating, nausea and vomiting, headache and confusion. These symptoms can be controlled by reducing the dosage. Tinnitus can occur at plasma concentrations between 150 and 300 mcg / ml, while more serious adverse events occur at concentrations above 300 mcg / ml. The main feature of intoxication acute it is a serious alteration of the acid-base balance, which can vary with age and the severity of intoxication; the most common presentation in children is metabolic acidosis. It is not possible to estimate the severity of poisoning from plasma concentration alone; Absorption of acetylsalicylic acid may be delayed due to reduced gastrointestinal emptying, the formation of concrements in the stomach, or as a result of ingestion of gastrointestinal preparations. The management of acetylsalicylic acid intoxication is determined by the extent, stage and clinical symptoms of the latter, and must be carried out according to conventional poisoning management techniques. The main measures to be taken consist in accelerating drug excretion and restoring electrolyte and acid-base metabolism. Due to the complex pathophysiological effects associated with salicylate poisoning, the signs and symptoms / results of biochemical and instrumental investigations may include:

Each tablet contains 500 mg of acetylsalicylic acid. For the full list of excipients see section 6.1 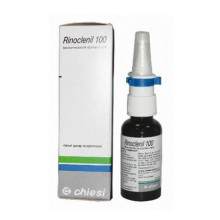 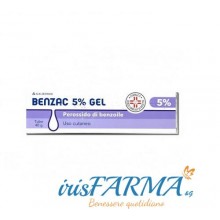