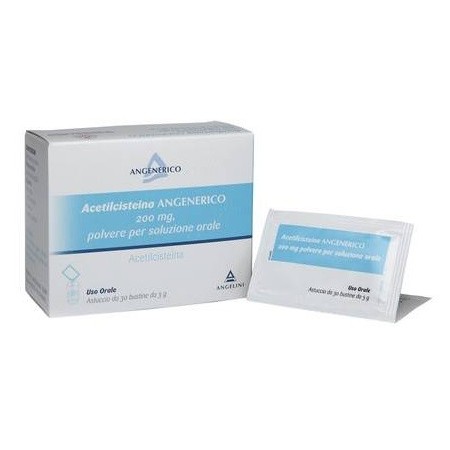 Treatment of respiratory diseases characterized by thick and viscous hypersecretion: acute bronchitis, chronic bronchitis and its exacerbations, pulmonary emphysema, mucoviscidosis and bronchiectasis. Antidotic treatment Accidental or voluntary intoxication with paracetamol. Uropathy due to iso– and cyclophosphamide.

Below is a table relating to the frequency of adverse reactions following the oral intake of N-acetylcysteine:

Patients with bronchial asthma must be closely monitored during therapy; if bronchospasm occurs, treatment should be stopped immediately. The use of the medicinal product in patients with peptic ulcer or with a history of peptic ulcer requires particular attention, especially in the case of concomitant use of other drugs with a known gastro-damaging effect. The administration of acetylcysteine, especially at the beginning of the treatment, can thin the bronchial secretions and, at the same time, increase their volume. If the patient is unable to expectorate effectively, postural drainage and bronchoaspiration should be used to avoid secretion retention. Mucolytics can induce bronchial obstruction in children less than 2 years of age. In fact, the drainage capacity of the bronchial mucus is limited in this age group, due to the physiological characteristics of the respiratory tract. They should therefore not be used in children less than 2 years of age (see section 4.3). The possible presence of a sulphurous odor does not indicate alteration of the preparation, but is typical of the active ingredient contained therein. Important information about some of the excipients In the case of diabetic subjects or those who follow low-calorie diets, it should be borne in mind that the preparation in sachets contains sugar in an amount corresponding to about ½ coffee spoon for each sachet. ANGENERIC ACETYLCYSTEINE powder for oral solution, contains sucrose. Patients with rare hereditary problems of fructose intolerance, glucose-galactose malabsorption, or sucrase isomaltase insufficiency should not take this medicine. ANGENERIC ACETYLCYSTEINE 600 mg effervescent tablets contains anhydrous lactose: Patients with rare hereditary problems of galactose intolerance, the Lapp lactase deficiency, or glucose-galactose malabsorption should not take this medicine.

Even if the teratological studies conducted with acetylcysteine on animals have not shown any teratogenic effect, however, as for other drugs, its administration during pregnancy and during the lactation period, should be carried out only in case of real need under the direct control of the Doctor.

Drug-drug interaction Drug-drug interaction studies have only been conducted in adult patients. Antitussive drugs and N-acetylcysteine should not be taken at the same time as the reduction of the cough reflex could lead to an accumulation of bronchial secretions. Activated carbon can reduce the effect of N-acetylcysteine. It is recommended not to mix other drugs with the ANGENERIC ACETYLCYSTEINE solution. The information available on the antibiotic – N – acetylcysteine interaction refers to in vitro tests, in which the two substances were mixed, which showed a decreased activity of the antibiotic. However, as a precaution, it is recommended to take antibiotics by mouth at least two hours after the administration of N-acetylcysteine. It has been shown that the simultaneous intake of nitroglycerin and N-acetylcysteine causes significant hypotension and causes dilation of the temporal artery with possible onset of headache. If the simultaneous administration of nitroglycerin and N-acetylcysteine is necessary, patients should be monitored for the onset of hypotension, which can also be severe, and informed about the possible onset of headache. Drug – Laboratory Test Interactions N – acetylcysteine can cause interference with the colorimetric assay method for the determination of salicylates. N-acetylcysteine can interfere with the test for the determination of ketones in urine.

No cases of overdose have been reported with respect to oral administration of N-acetylcysteine. Healthy volunteers, who for three months took a daily dose of N-acetylcysteine equal to 11.6 g, did not show any serious adverse reactions. Doses up to 500 mg NAC / kg body weight, administered orally, were tolerated without any symptoms of intoxication. Symptoms Overdose can cause gastrointestinal symptoms such as nausea, vomiting and diarrhea. Treatment There are no specific antidotic treatments; overdose therapy is based on symptomatic treatment. 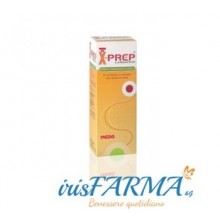 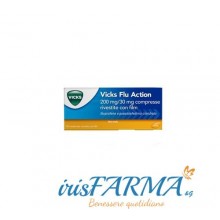