► Indicated in case of lacerated and chapped lips.

► Indicated in case of cold sores.

► Indicated in case of angular cheilitis.

The product in the cream formulation is indicated in the treatment of Herpes simplex skin infections such as: primary or recurrent Herpes genitalis and Herpes labialis.

The cream should be applied 5 times a day at intervals of about 4 hours to the lesions or areas where they are developing as soon as possible after the onset of infection. It is especially important to start treatment for recurrent episodes during the prodrome phase or when lesions first appear. Treatment should continue for at least 5 days and up to a maximum of 10 if there is no healing.

Known hypersensitivity to aciclovir, valaciclovir, propylene glycol, other components of the formulation. Generally contraindicated in pregnancy and lactation (see section 4.6).

For the classification of undesirable effects in terms of frequency the following convention has been used: very common ≥1 / 10; common ≥1 / 100 to Skin and subcutaneous tissue disorders Uncommon: transient stinging or burning sensation following application of aciclovir cream, mild drying or peeling of the skin, itching. Rare: erythema. contact dermatitis after application. Where susceptibility tests have been conducted, the reactive substances have been shown to be more often the components of the cream, rather than acyclovir. Disorders of the immune system Very rare: immediate hypersensitivity reactions, including angioedema and urticaria.

It is recommended not to apply aciclovir cream to mucous membranes (such as eyes, mouth or vagina), as it can be irritating. Particular care should be taken to avoid accidental introduction into the eye. Animal studies indicate that the application of Aciclovir in the cream formulation in the vagina can cause reversible irritation. In severely immunocompromised patients (e.g. those with AIDS or who have received a bone marrow transplant), oral aciclovir should be considered. Such patients should be encouraged to consult a physician regarding the treatment of any infection. The excipient propylene glycol can cause skin irritation. The use of the product especially if prolonged can give rise to sensitization phenomena, where this happens it is necessary to stop the treatment and consult the treating doctor. Keep out of the reach and sight of children.

Pregnancy During this period, the drug should be used only in cases of absolute necessity under the direct supervision of the doctor. A post-marketing pregnancy registry for aciclovir has documented the effects on pregnancy in women exposed to any formulation of aciclovir. The results showed no increase in the number of birth defects among subjects exposed to aciclovir compared to the general population, and any birth defects did not show unique features or recurrent patterns that could suggest a common cause. Systemic administration of aciclovir in internationally recognized standard trials did not produce embryotoxic or teratogenic effects in rabbits, rats or mice. Fetal abnormalities were observed in a non-standard test in rats, but only following administration of subcutaneous doses so high as to cause maternal toxicity. The clinical relevance of these findings is uncertain. The use of aciclovir should only be considered if the potential benefits outweigh the possibility of unknown risks; however, systemic exposure to aciclovir due to topical application of aciclovir cream is very limited. Feeding time Some limited human data have shown that, following systemic administration, the drug passes into breast milk. However, the dosage received by an infant after the mother's use of aciclovir cream is insignificant. Caution is advised in the use of aciclovir during breastfeeding.

Probenecid increases the mean half-life and area under the plasma concentration curve of systemically administered Aciclovir. Clinical experience revealed no interactions with other drugs. 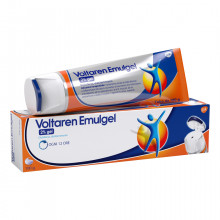 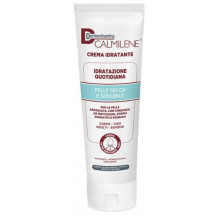