It has an analgesic and anti-inflammatory action.

Based on caffeine, paracetamol and acetylsalicylic acid.

Adults: 1 to 4 tablets per day. Oral intake must take place on a full stomach. Do not exceed the recommended doses, in particular elderly patients should follow the minimum dosages indicated above.

See also section 4.9. Acetylsalicylic acid can cause epigastric disorders, nausea, vomiting, gastroduodenal ulcers and erosive gastritis which can lead to severe gastrointestinal bleeding. These effects are more likely to be related to high doses although they may also occur at low doses. When using products containing acetylsalicylic acid for prolonged periods, iron deficiency anemia can occur due to recurring bleeding in the digestive tract. Due to the presence of acetylsalicylic acid, otovestibular disorders (humming, etc.), dizziness, haemorrhagic phenomena (epistaxis, gingivorrhagia, etc.), prolongation of pregnancy and labor and reduction of platelet count may also occur. Occasionally, allergic reactions (bronchoconstriction, skin reactions) may occur. Skin reactions of various types and severities have been reported with the use of paracetamol including rare cases of allergic-based skin rashes and cases of erythema multiforme, Stevens-Johnson syndrome and epidermal necrolysis. Hypersensitivity reactions such as angioedema, larynx edema, anaphylactic shock have been reported. In addition, the following undesirable effects have been reported: thrombocytopenia, leukopenia, anemia, agranulocytosis, pancytopenia, liver function abnormalities and hepatitis, kidney disorders (acute renal failure, interstitial nephritis, haematuria, anuria), gastrointestinal reactions and dizziness. In cases of overdosing, due to the presence of paracetamol, hepatic cytolysis can be caused, which can evolve towards massive and irreversible necrosis. Caffeine is a CNS stimulant and can cause agitation, insomnia, tremor, dyspeptic symptoms, and tachycardia. Due to the presence of caffeine, in case of overdose, hyperstimulation syndrome with excitement, insomnia, buzzing, muscle tremor, nausea, vomiting, increased diuresis, tachycardia, ectopic beats, scotoma may occur.

This medicinal product should not be used in children and young people under the age of sixteen (see contraindications); people over 70 years of age, especially in the presence of concomitant therapies, should use this medicine only after consulting a doctor. After three days of use at the maximum dose or after 5-7 days of continuous use without results, consult your doctor. If pain or fever persists or worsens, new symptoms develop, or redness or swelling is present, a doctor should be consulted as these may be signs of a worsening of the disease. Administer with caution in subjects with renal or hepatic insufficiency. During treatment with paracetamol, before taking any other drug, check that it does not contain the same active ingredient, as if paracetamol is taken in high doses, serious adverse reactions can occur. Also, before combining any other medication, contact your doctor. See also the heading “Interactions”. In addition, the doctor should be consulted by patients with glucose-6-phosphate dehydrogenase deficiency, chronic or recurrent gastric or intestinal disorders, or impaired renal function, asthma, allergic rhinitis and nasal polyps, hypersensitivity to non-steroidal anti-inflammatory drugs, liver dysfunction (e.g. due to chronic alcohol abuse, hepatitis), Gilbert's syndrome, pregnant women. High or prolonged doses of the product can cause high-risk liver disease and even severe changes in the kidney and blood. In case of viral diseases, such as flu or chicken pox, consult your doctor before administering the product to children; if prolonged vomiting and profound drowsiness occur during treatment, discontinue administration. The use of the product is not recommended if the patient is being treated with other anti-inflammatories. In rare cases of allergic reactions, administration should be discontinued. Medicinal product containing lactose is therefore not suitable for subjects with lactase deficiency, galactosemia or glucose / galactose malabsorption syndrome. Keep this medicine out of the reach and sight of children.

Pregnancy: Low doses of acetylsalicylic acid (up to 100 mg / day): Clinical studies indicate that doses up to 100 mg / day can be considered safe for use in obstetrics, which requires specialist monitoring. Doses of 100-500 mg / day of acetylsalicylic acid: There are insufficient clinical data regarding the use of doses above 100 mg / day up to 500 mg / day. Therefore, the recommendations below for doses of 500 mg / day and above also apply to this dose range. Doses of 500 mg / day and more of acetylsalicylic acid: Inhibition of prostaglandin synthesis can negatively affect pregnancy and / or embryo / fetal development. Results of epidemiological studies suggest an increased risk of miscarriage and cardiac malformation and gastroschisis after use of a prostaglandin synthesis inhibitor in early pregnancy. The absolute risk of cardiac malformations was increased by less than 1%, up to about 1.5%. It has been estimated that the risk increases with dose and duration of therapy. In animals, administration of prostaglandin synthesis inhibitors has been shown to cause increased pre- and post-implantation loss and embryo-fetal mortality. In addition, an increased incidence of various malformations, including cardiovascular, has been reported in animals given prostaglandin synthesis inhibitors during the organogenetic period. During the first and second trimester of pregnancy, acetylsalicylic acid should not be administered except in strictly necessary cases. If acetylsalicylic acid is used by a woman attempting to conceive, or during the first and second trimester of pregnancy, the dose and duration of treatment should be kept as low as possible. During the third trimester of pregnancy, all prostaglandin synthesis inhibitors can expose the fetus to: cardiopulmonary toxicity (with premature closure of the arterial duct and pulmonary hypertension); renal dysfunction, which can progress to renal failure with oligo-hydroamnios; the mother and the newborn, at the end of pregnancy, to: possible prolongation of the bleeding time, and antiplatelet effect which may occur even at very low doses; inhibition of uterine contractions resulting in delay or prolongation of labor. Consequently, acetylsalicylic acid at doses> 100 mg / day is contraindicated during the third trimester of pregnancy. Prolonged intake of high amounts of caffeine can induce miscarriage or premature birth. Feeding time: Paracetamol and salicylates are excreted in breast milk. Caffeine is also excreted in breast milk and can affect the state and behavior of the baby. If regular therapy with higher doses of acetylsalicylic acid is required during breastfeeding, weaning should be considered.

The drug can interact with anticoagulants, uricosurics, hypoglycemic sulfonylureas. Preoperative use can hinder intraoperative haemostasis. Acetylsalicylic acid, one of the components of Neo-Nisidine, can enhance the effect of anticoagulants (eg coumarin and heparin derivatives). It may also increase the risk of gastrointestinal side effects when given concomitantly with non-steroidal anti-inflammatory drugs (NSAIDs) or corticosteroids. The effect of hypoglycemic agents and the toxicity of methotrexate may be enhanced by concomitant administration of acetylsalicylic acid. Neo-Nisidine may decrease the natriuretic effect of spironolactone and inhibit the effect of uricosuric agents (eg probenecid, sulfinpyrazone). Patients being treated with rifampicin, cimetidine, or with antiepileptic drugs such as glutethimide, phenobarbital, carbamazepine should use paracetamol with extreme caution and only under strict medical supervision. The administration of paracetamol can interfere with the determination of uricaemia (by the phosphotungstic acid method) and with that of blood glucose (by the glucose-oxidase-peroxidase method). Drugs that slow down gastric emptying, such as propantheline, reduce the absorption rate of paracetamol and delay the onset of its effect. Drugs that accelerate gastric emptying, such as metoclopramide, lead to an increase in the rate of absorption. The combination of paracetamol with chloramphenicol can prolong the half-life of chloramphenicol, increasing its risk of toxicity. The clinical relevance of the interactions between paracetamol and warfarin and with coumarin derivatives could not be assessed. Therefore, the prolonged use of paracetamol in patients being treated with oral anticoagulants is advisable only under medical supervision. The concomitant use of paracetamol and AZT (zidovudine) increases the risk of neutropenia induced by the latter. Therefore, Neo-Nisidine should be taken together with AZT only under medical supervision. Caffeine can antangonize the sedative effect of various drugs (eg barbiturates, antihistamines). It may also increase the effect of tachycardia caused by other medicines (e.g. sympathomimetics, thyroxine). Oral contraceptives, cimetidine and disulfiram, slow down the metabolism of caffeine in the liver, barbiturates and smoking increase it. Caffeine reduces the excretion of theophylline. Concomitant administration of analgesics does not increase the risk of developing dependence. Administration of quinolone antibiotics can delay the elimination of caffeine.

Symptoms: Ingestion of excessive doses of paracetamol can cause signs of toxicity identifiable in liver dysfunction due to hepatic cell necrosis up to hepatic coma after 24-48 hours, including with fatal outcome. Independently of these phenomena, renal lesions due to necrosis of the tubules have also been described. Symptoms of paracetamol intoxication manifest themselves in several stages. In the first stage (1st day) the signs are nausea, vomiting, sweating, sleepiness and a general feeling of being unwell. After a temporary subjective improvement, in the second phase (the third or fourth day) a considerable increase in transaminase values, jaundice, coagulation disorders, hypoglycemia with possible passage to hepatic coma tend to appear. Symptoms of moderate to acute acetylsalicylic acid toxicity are: hyperventilation, tinnitus, nausea, vomiting, impaired vision and hearing, dizziness and confusion. In case of severe poisoning, delirium, tremor, convulsions, dyspnoea, sweating, bleeding, dehydration, disturbances of acid-base balance and electrolyte composition of plasma, hyperthermia and coma can be observed. The first symptoms of an acute caffeine overdose are usually tremor and agitation. These are followed by nausea, vomiting, rapid heartbeat and confusion. Symptoms caused by severe intoxication can be delirium, seizures, supraventricular and ventricular tachycardia, hypokalaemia and hyperglycemia. Therapy: Treatment should begin with normal therapies (eg activated charcoal, gastric lavage). Treatment of acetylsalicylic acid overdose mainly consists of measures to increase its elimination by forced alkaline diuresis and to restore acid-base and electrolyte balance. Infusions of sodium bicarbonate and potassium chloride solutions can be administered. The cytotoxic metabolite of paracetamol can be neutralized if possible in the first 8-12 hours after intoxication by intravenous administration of donor drugs of the SH group, such as acetylcysteine which should be used at the first symptoms of intoxication. Serial testing of paracetamol plasma concentration and liver function is recommended. The plasma concentration of both acetylsalicylic acid and paracetamol can be reduced by dialysis. 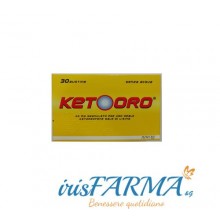 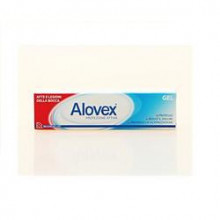