Vaginal Others products at unbeatable price

Treatment of infections of the vagina and external female genital organs caused by microorganisms sensitive to clotrimazole such as fungi (usuallyCandida).

Dosage Adults and adolescents aged 16 and overA soft vaginal capsule inserted deep into the vagina as a single dose in the evening. If there is no improvement after 7 days, the patient should see a doctor. The treatment can be repeated. However, recurring infections can indicate the presence of an underlying disease. The patient should consult a physician if symptoms occur repeatedly.Teenagers of 12-15 years of ageIn adolescents under 16 years, Gyno-Canesten single-dose soft vaginal capsule should only be used after consultation with your doctor. When prescribed in this population (in post-menarche patients), the recommended posology is the same as for adults.Pediatric populationThe safety and efficacy in girls below 12 years of age have not been established.Method of administrationThe soft vaginal capsule should be inserted as deeply as possible into the vagina with the applicator included in the package, preferably in a lying position, in the evening before bed. During pregnancy, the soft vaginal capsule must be inserted into the vagina with a finger, without the applicator, to avoid injury to the uterine cervix.

The frequencies shown in the table below come from clinical studies of clotrimazole in formulations for vaginal use.

Furthermore, the following adverse reactions have been identified during post-authorization use of clotrimazole: Since these reactions are reported voluntarily from a population of uncertain size, it is not always possible to reliably estimate their frequency, i.e. the frequency is: not known. Immune system disorders: anaphylactic reaction, angioedema, hypersensitivity. Vascular disorders: syncope, hypotension. Respiratory, thoracic and mediastinal disorders: dyspnoea. Gastrointestinal disorders: nausea. Skin and subcutaneous tissue disorders: urticaria. Reproductive system and breast disorders: vaginal exfoliation, vaginal discharge, vulvovaginal discomfort, vulvovaginal pain. General Disorders and Administration Site Conditions: Pain.Reporting of suspected adverse reactionsReporting of suspected adverse reactions that occur after authorization of the medicine is important, as it allows continuous monitoring of the benefit / risk ratio of the medicine. Healthcare professionals are asked to report any suspected adverse reactions via the national reporting system at https://www.aifa.gov.it/content/segnalazioni-reazioni-avverse.

The patient should contact the doctor in case of: • first vaginal infection; • vaginal infection during the first trimester of pregnancy; • recurrent infections ie more than two infections during the previous six months; • fever (≥ 38 ° C); • pain in the lower abdomen, back pain; • foul-smelling vaginal discharge; • nausea; • vaginal bleeding and / or shoulder pain at the same time. Treatment with Gyno-Canesten single-dose 500 mg vaginal soft capsule should not be used during the menstrual period. Treatment must be finished before menstruation begins. Absorbents, vaginal douches, spermicides or other products for vaginal use should not be used in conjunction with this product. Sexual intercourse should be avoided while using Gyno-Canesten single-dose 500 mg vaginal soft capsule, as the infection could be passed on to the partner. The partner should also undergo local treatment if they have symptoms such as itching and inflammation. Treating the partner can help prevent reinfection. The effectiveness and reliability of latex contraceptives such as condoms and diaphragms can be reduced. The soft vaginal capsules should not be swallowed.

PregnancyClinical data in pregnant women are limited, animal studies do not indicate direct or indirect harmful effects in terms of reproductive toxicity (see section 5.3). Clotrimazole can be used during pregnancy. However, during the first trimester of pregnancy, it is recommended to start treatment only under medical supervision. During pregnancy, clotrimazole vaginal soft capsules should be inserted without an applicator (see section 4.2). The birth canal should be kept clean especially during the last 4-6 weeks of pregnancy.Feeding timeThere are no data on the excretion of clotrimazole in breast milk. However, systemic absorption is minimal after administration and systemic effects are unlikely. Clotrimazole can be used during breastfeeding.FertilityNo human studies have been conducted on the effects of clotrimazole on fertility. However, animal studies have shown no effect of the drug on fertility. 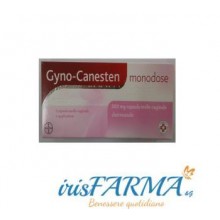 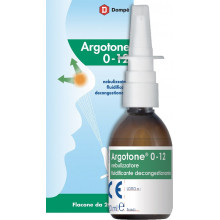 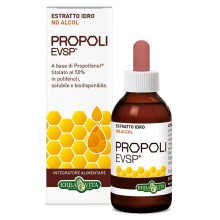