Pain of various kinds such as, for example, pain in the joints, lumbago, muscle pain, headache and toothache, menstrual pain.

• Hypersensitivity to the active substance or to any of the excipients listed in section 6.1. • Active gastrointestinal ulcer, bleeding or perforation. • History of gastrointestinal bleeding or perforation related to previous NSAID treatment or history of recurrent peptic bleeding / ulcer (two or more distinct episodes of proven ulceration or bleeding). • Last trimester of pregnancy and during lactation (see section 4.6). • Severe hepatic insufficiency or severe renal insufficiency (see section 4.4). • Like other non-steroidal anti-inflammatory drugs (NSAIDs), diclofenac is also contraindicated in patients who have experienced asthma attacks, urticaria, angioedema or acute rhinitis, anaphylactic or anaphylactoid reactions after taking acetylsalicylic acid or other NSAIDs (see section 4.4 ). • The product should not be used in case of hematopoiesis alterations. • In case of intensive diuretic therapy. • The product should not be taken in case of dark or bloody stools. • Overt congestive heart failure (NYHA class II-IV), ischemic heart disease, peripheral arterial disease and / or cerebral vasculopathy. Voltadvance should not be given to children under the age of 14.

* The frequency reflects the data of long-term treatment with a high dose (150 mg per day). Clinical trials and epidemiological data consistently indicate an increased risk of arterial thrombotic events (for example, myocardial infarction or stroke) associated with the use of diclofenac, especially at high doses (150 mg / day) and with long-term treatment ( for contraindications and special warnings and precautions for use see sections 4.3 and 4.4). Reporting of suspected adverse reactions. Reporting of suspected adverse reactions that occur after authorization of the medicine is important, as it allows continuous monitoring of the benefit / risk ratio of the medicine. Healthcare professionals are asked to report any suspected adverse reactions via the national reporting system: www.aifa.gov.it/content/segnalazioni-reazioni-avverse.

Pregnancy: Inhibition of prostaglandin synthesis may adversely affect pregnancy and / or embryo / fetal development. Results of epidemiological studies suggest an increased risk of miscarriage and cardiac malformation and gastroschisis after use of a prostaglandin synthesis inhibitor in early pregnancy. The absolute risk of cardiac malformations increased by less than 1%, up to about 1.5%. The risk was considered to increase with dose and duration of therapy. In animals, administration of prostaglandin synthesis inhibitors has been shown to cause increased pre- and post-implantation loss and embryo-fetal mortality. In addition, an increased incidence of various malformations, including cardiovascular, has been reported in animals given prostaglandin synthesis inhibitors during the organogenetic period. During the first and second trimester of pregnancy, diclofenac should not be administered except in strictly necessary cases. If diclofenac is used by a woman attempting to conceive, or during the first and second trimester of pregnancy, the dose should be kept as low as possible and the duration of treatment should be as short as possible. During the third trimester of pregnancy, all prostaglandin synthesis inhibitors can expose the fetus to: - cardiopulmonary toxicity (with premature closure of the arterial duct and pulmonary hypertension); - renal dysfunction, which can progress to renal failure with oligo-hydroamnios; - the mother and the newborn, at the end of pregnancy, to: - possible prolongation of the bleeding time, and antiplatelet effect which may occur even at very low doses; - inhibition of uterine contractions resulting in delayed or prolonged labor. Consequently, diclofenac is contraindicated during the third trimester of pregnancy. Feeding time: Like other NSAIDs, diclofenac passes into breast milk in small amounts. Therefore, diclofenac should not be administered during breastfeeding to avoid undesirable effects in the infant. Fertility: As with other NSAIDs, the use of diclofenac may impair female fertility and is not recommended in women wishing to conceive. Discontinuation of diclofenac should be considered in women who have difficulty conceiving or who are undergoing investigation of infertility.

Before using the product, if you are taking other drugs, it is advisable to inform your doctor as it may be necessary to change the dosage or stop treatment. The following interactions include those observed with diclofenac gastro-resistant tablets and / or other pharmaceutical forms of diclofenac. Lithium: when administered concomitantly, diclofenac can elevate plasma lithium concentrations. Monitoring of serum lithium levels is recommended. Digoxin: when administered concomitantly, diclofenac may elevate plasma concentrations of digoxin. Monitoring of serum digoxin levels is recommended. Diuretics and antihypertensive agents: Patients undergoing treatment with these drugs should consult their doctor before taking the product. Like other NSAIDs, concomitant use of diclofenac with diuretics or antihypertensive agents (e.g. beta-blockers, angiotensin converting enzyme (ACE) inhibitors) may cause a decrease in their antihypertensive effect. Therefore, the combination should be taken with caution and patients, especially the elderly, should receive periodic monitoring of their blood pressure. Patients should be adequately hydrated and renal function monitoring should be considered after initiation of concomitant therapy and periodically thereafter, particularly for diuretics and ACE inhibitors due to an increased risk of nephrotoxicity. Other NSAIDs and corticosteroids: Concomitant use of diclofenac and other systemic non-steroidal anti-inflammatory drugs or corticosteroids may increase the incidence of gastrointestinal side effects and should be avoided (see section 4.4). Anticoagulants and antiplatelet agents: Caution is recommended as concomitant administration may increase the risk of bleeding. Although clinical investigations do not seem to indicate an influence of diclofenac on the action of anticoagulants, there are reports of an increased risk of haemorrhage in patients taking concomitant diclofenac and anticoagulants. Therefore, close monitoring of such patients is recommended. Selective Serotonin Reuptake Inhibitors (SSRIs): Co-administration of systemic NSAIDs, including diclofenac, and SSRIs may increase the risk of gastrointestinal bleeding (see section 4.4) Antidiabetic: Clinical studies have shown that diclofenac can be administered together with oral antidiabetic agents without affecting their clinical effect. However, there have been isolated reports of both hypo- and hyperglycaemic effects, with the need to modify the dosage of the antidiabetic agents administered during treatment with diclofenac. For this reason, monitoring of blood glucose levels is recommended as a precautionary measure in case of concomitant therapy. Some cases of metabolic acidosis have also been reported when diclofenac was co-administered with metformin, especially in patients with pre-existing renal insufficiency. Methotrexate: diclofenac may inhibit renal tubular release of methotrexate by increasing its levels. Caution is advised when administering NSAIDs, including diclofenac, 24 hours before or after methotrexate treatment as blood concentrations of methotrexate and consequently the toxicity of this substance may increase. Cyclosporine: due to its effect on renal prostaglandins, diclofenac, like other NSAIDs, may increase the nephrotoxicity of cyclosporine. Therefore, diclofenac should be administered at lower doses than those used in patients not on cyclosporine therapy. Drugs known to cause hyperkalemia: Concomitant treatment with potassium-sparing diuretic drugs, cyclosporine, tacrolimus or trimethoprim may be associated with an increase in serum potassium, which should therefore be monitored frequently (see section 4.4). Quinolone antibacterials: Isolated cases of seizures have been reported, possibly due to concomitant use of quinolones and NSAIDs. Phenytoin: When using phenytoin together with diclofenac, monitoring of phenytoin plasma concentrations is recommended due to an expected increase in phenytoin exposure. Colestipol and cholestyramine: These agents may induce a delay or decrease in the absorption of diclofenac. Therefore, it is recommended to administer diclofenac at least one hour before or 4-6 hours after colestipol / cholestyramine administration. CYP2C9 inhibitors: Caution is advised when prescribing diclofenac together with CYP2C9 inhibitors (such as sulfinpyrazone and voriconazole); this may lead to a significant increase in peak plasma concentrations and diclofenac exposure due to inhibition of its metabolism. Diclofenac may also decrease the efficacy of intrauterine devices and the risk of inhibition of interferon alpha has been reported.

Symptoms There is no typical clinical picture resulting from diclofenac overdose. Overdose can cause symptoms such as vomiting, gastrointestinal bleeding, diarrhea, dizziness, tinnitus or convulsions. In the case of significant poisoning, acute renal failure and liver damage are possible. Therapeutic measures Treatment of acute NSAID poisoning, including diclofenac, essentially consists of supportive measures and symptomatic treatment. In case of complications such as hypotension, renal insufficiency, convulsions, gastrointestinal disturbances and respiratory depression, supportive measures and symptomatic treatment should be adopted. Specific therapies, such as forced diuresis, dialysis or haemoperfusion, are unlikely to aid in eliminating NSAIDs, including diclofenac, due to their high plasma protein binding and extensive metabolism. Additional treatment modalities should consider clinical indications or the recommendation of the poison control center, where available. 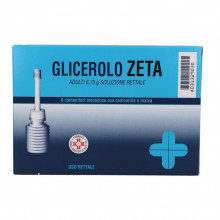