Local symptomatic treatment of pain and inflammation of a rheumatic or traumatic nature of the joints, muscles, tendons and ligaments.

For cutaneous use only. Dosage: One (1) patch on the most painful area once or twice a day. Duration of treatment: FASTUFLEX must be used for the shortest possible time. The maximum duration of treatment is 14 consecutive days. Senior citizens: This medicinal product should be used with caution in elderly patients, as they are more prone to side effects (see section 4.4). Children and adolescents under the age of 16: There is insufficient data on efficacy and safety in children and adolescents below 16 years (see also section 4.3 Contraindications). In adolescents aged 16 years and over, if this product is required for more than 7 days for pain relief or if symptoms worsen, the adolescent's patient / parents are advised to consult a physician. Patients with hepatic or renal insufficiency: For the use of FASTUFLEX in patients with hepatic or renal insufficiency see section 4.4. Method of administration: Cut the pouch containing the medicated plaster as indicated. Take a medicated plaster, remove the plastic film used to protect the adhesive surface and apply it to the joint or the painful area of the body. If necessary, the patch can be held in place with an elastic net. Carefully reseal the pouch with the slide closure. The patch must be used whole.

This medicinal product is contraindicated in the following cases: - hypersensitivity to diclofenac, acetylsalicylic acid or other non-steroidal anti-inflammatory drugs (NSAIDs) or to any of the excipients of the medicinal product listed in section 6.1; patients who have had asthma attacks, hives or rhinitis acute triggered by acetylsalicylic acid or other non-steroidal inflammatory drugs (NSAIDs). - damaged skin, whatever the type of lesion: exudative dermatitis, eczema, infected lesion, burn or wound; - from the beginning of the 6th month of pregnancy (see section 4.6 Pregnancy and lactation); - patients with active peptic ulcer; - children and adolescents under the age of 16.

The systemic absorption of diclofenac is very low when compared to the plasma levels obtained following the administration of oral forms of diclofenac and the likelihood of systemic undesirable effects (such as gastric, hepatic and renal disturbances) with the use of topical diclofenac is very limited compared to the frequency of undesirable effects associated with oral use of diclofenac. However, the possibility of systemic side effects cannot be excluded if FASTUFLEX is applied to a relatively large area of skin and for a prolonged period. Reporting of suspected adverse reactions. Reporting of suspected adverse reactions that occur after authorization of the medicine is important, as it allows continuous monitoring of the benefit / risk ratio of the medicine. Healthcare professionals are asked to report any suspected adverse reactions via the national reporting system at https://www.aifa.gov.it/content/segnalazioni-reazioni-avverse.

- The medicated plaster should only be applied to intact and healthy skin and not to broken skin or open wounds and should not be worn while bathing or showering. - The medicated plaster must not come into contact with or be applied to mucous membranes or eyes. - Not to be used with occlusive dressings. - Immediately discontinue treatment if a skin rash develops following application of the medicated plaster. - Do not administer concurrently any medicinal product containing diclofenac or other NSAIDs, either topically or systemically. - The possibility of systemic adverse events resulting from the application of diclofenac for topical use cannot be excluded in case of use of the preparation for an extended period of time (consult the product information of the systemic forms of diclofenac). Although the expected systemic effects are of limited magnitude, the patch should be used with caution in patients with renal, cardiac or hepatic impairment, a history of peptic ulcer or inflammatory bowel disease, or bleeding diathesis. Non-steroidal anti-inflammatory drugs should be used with particular caution in elderly patients, as they are more susceptible to developing side effects. - This medicine contains methyl parahydroxybenzoate and propyl parahydroxybenzoate. They can cause allergic reactions (even delayed). It also contains propylene glycol, which can cause skin irritation. - Patients should be advised to avoid exposure to direct sunlight and tanning lamps to reduce the risk of photosensitivity. - In patients who currently have, or have had in the past, bronchial asthma, allergic disease or allergy to acetylsalicylic acid or other NSAIDs, bronchospasm may occur. The medicated plaster should be used with caution in patients with or without chronic asthma in whom acetylsalicylic acid or other non-steroidal anti-inflammatory drugs can trigger asthma attacks, urticaria or acute rhinitis (see 4.3 Contraindications). To minimize the possibility of undesirable effects, it is recommended that the lowest effective dose be used for the shortest time necessary to control symptoms, without exceeding the approved maximum limit of 14 days (see sections 4.2 and 4.8).

Pregnancy: The systemic concentration of diclofenac is lower following topical administration compared to oral formulations. Referring to the experience gained from treatment with NSAIDs for systemic administration, the following is recommended: Inhibition of prostaglandin synthesis may adversely affect pregnancy and / or embryonic / fetal development. Data from epidemiological studies suggest an increased risk of miscarriage and cardiac malformation and gastroschisis after use of a prostaglandin synthesis inhibitor in early pregnancy. The absolute risk of cardiovascular malformations was increased by less than 1 percent% and about 1.5%. The risk is believed to increase with increasing dose and duration of therapy. In animals it has been shown that the administration of a prostaglandin synthesis inhibitor leads to an increase in pre- and post-implantation losses and embryo-fetal lethality. In addition, an increased incidence of various malformations, including cardiovascular malformations, has been reported in animals administered a prostaglandin synthesis inhibitor during the organogenetic period. During the first and second trimester of pregnancy, diclofenac should not be administered unless strictly necessary. If diclofenac is used by a woman attempting to conceive, or during the first and second trimester of pregnancy, the dose should be kept as low as possible and the duration of treatment as short as possible. During the third trimester of pregnancy, all prostaglandin synthesis inhibitors can expose the fetus to: - cardiopulmonary toxicity (with premature closure of the arterial duct and pulmonary hypertension); - renal dysfunction, which can progress to renal failure with oligohydramnios; the mother and the newborn, at the end of pregnancy, to: - possible prolongation of the bleeding time, an antiplatelet effect which can occur even at very low doses; - inhibition of uterine contractions, with consequent delay or prolongation of labor. Consequently, diclofenac is contraindicated during the third trimester of pregnancy. Feeding time: Like other NSAIDs, diclofenac passes into breast milk in small amounts. However, at therapeutic doses of the medicated patch containing diclofenac, no effects on the infant are anticipated. Due to the lack of controlled studies in breastfeeding women, the product should be used during breastfeeding only on the advice of a healthcare professional. In this circumstance, FASTUFLEX should not be applied to the breasts of nursing mothers, or elsewhere on large areas of skin or for an extended period of time (see section 4.4).

This medicinal product does not require any special storage temperatures.

Since the systemic absorption of diclofenac with the intended use of medicated plasters is very low, the risk of developing clinically significant drug interactions is negligible.

There have been no reports of overdose with diclofenac-based medicated plasters. Where incorrect use or accidental overdose (e.g. in children) of this product causes systemic undesirable effects, recommended general measures for intoxication with non-steroidal anti-inflammatory drugs should be taken. 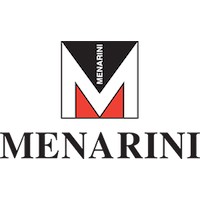 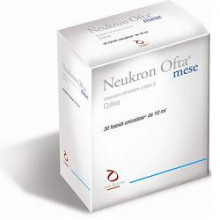 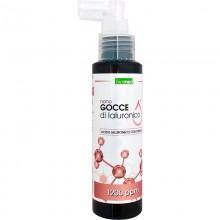 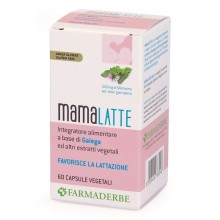 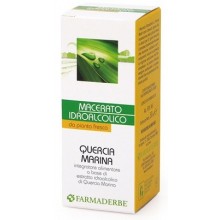 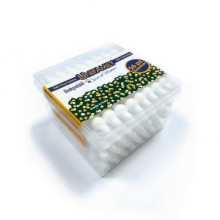