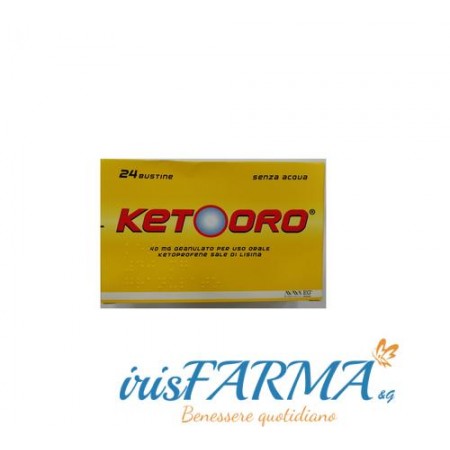 The lowest effective dose should be used for the shortest period necessary to relieve symptoms (see section 4.4).Dosage.Adults and adolescents over 15 years: 1 sachet, in single dose, or repeated 2-3 times a day, in painful forms of greater intensity. The duration of therapy should be limited to the overcoming of the painful episode (see section 4.4). Special populations.Elderly people: Elderly patients should follow the minimum dosages indicated above.Patients with mild or moderate renal impairment: monitoring of urine output and renal function is recommended (see section 4.4).Patients with mild or moderate hepatic insufficiency: must be followed closely and treated with the lowest effective daily dose (see section 4.4). KETODOTASK must not be used in patients with severe hepatic and renal dysfunction (see section 4.3).Pediatric population: KETODOTASK is contraindicated in children and adolescents under the age of 15 years.Method of administration: The contents of the sachet can be placed directly on the tongue. It dissolves with saliva: this allows it to be used without water. It is preferable to take the medicine on a full stomach.

KETODOTASK must not be administered in the following cases: • hypersensitivity to the active substance, to other non-steroidal anti-inflammatory drugs (NSAIDs) or to any of the excipients listed in section 6.1; • patients with a history of hypersensitivity reactions, such as bronchospasm, asthma attacks, acute rhinitis, nasal polyps, urticaria, angioneurotic edema or other allergic-type reactions to ketoprofen or substances with a similar mechanism of action[per esempio acido acetilsalicilico (ASA) o ad altri farmaci antinfiammatori non steroidei (FANS)]. Serious, rarely fatal, anaphylactic reactions have been reported in these patients (see section 4.8); • active peptic ulcer / bleeding, or a history of gastrointestinal bleeding, ulceration or perforation (two or more distinct, proven episodes of bleeding or ulceration) or chronic dyspepsia; • gastrointestinal bleeding or gastrointestinal perforation following previous NSAID therapy or other active bleeding or bleeding disorders; • severe heart failure; • severe hepatic insufficiency; • severe renal insufficiency; • bleeding diathesis and other coagulation disorders, or patients subject to anticoagulant therapy; • patients undergoing major surgery; • third trimester of pregnancy and lactation (see section 4.6); • children and adolescents under the age of 15.

Pregnancy: Inhibition of prostaglandin synthesis may adversely affect pregnancy and / or embryo / fetal development. Results of epidemiological studies suggest an increased risk of miscarriage and cardiac malformation and gastroschisis after use of a prostaglandin synthesis inhibitor in early pregnancy. The absolute risk of cardiac malformations increased from less than 1% to approximately 1.5%. The risk was considered to increase with dose and duration of therapy. In animals, administration of prostaglandin synthesis inhibitors has been shown to cause increased pre- and post-implantation loss, embryo-fetal mortality and an increased incidence of various malformations, including cardiovascular (see section 5.3). Therefore ketoprofen should not be administered during the first and second trimester of pregnancy unless strictly necessary. If ketoprofen is used in women who wish to become pregnant or during the first and second trimester of pregnancy, the dose and duration of treatment should be kept as low as possible. During the third trimester of pregnancy, all prostaglandin synthesis inhibitors can expose the fetus to: • cardiopulmonary toxicity (with premature closure of the arterial duct and pulmonary hypertension); • renal dysfunction, which can progress to renal failure with oligo-hydroamnios; the mother and the newborn, at the end of pregnancy, to: • possible prolongation of the bleeding time, and antiplatelet effect which may occur even at very low doses; • inhibition of uterine contractions resulting in delayed or prolonged labor. KETODOTASK is therefore contraindicated during the third trimester of pregnancy.Feeding time: Since no data are available on the secretion of ketoprofen lysine salt in breast milk, ketoprofen should not be administered during lactation.Fertility:The use of ketoprofen lysine salt, as with any drug that inhibits prostaglandin synthesis and cyclooxygenase, is not recommended in women intending to become pregnant. The administration of ketoprofen lysine salt should be discontinued in women who have fertility problems or who are undergoing fertility investigations.

Associations not recommended. •Other NSAIDs, (including selective cyclooxygenase-2 inhibitors), including high doses of salicylates (≥ 3g / day): the simultaneous administration of several NSAIDs can increase the risk of gastrointestinal ulcers and bleeding, due to a synergistic effect. •Anticoagulants (e.g. heparin and warfarin) and antiplatelet agents (e.g. ticlopidine and clopidogrel): increased risk of bleeding due to inhibition of platelet function and damage to the gastrointestinal mucosa (see section 4.4). If concomitant administration cannot be avoided, patients should be carefully monitored. •Lithium:risk of increased plasma lithium levels, which can sometimes reach toxic levels due to reduced renal excretion of lithium. Where necessary, plasma lithium levels should be carefully monitored with possible dosage adjustment during and after NSAID therapy. •Methotrexate, used in high doses, (greater than 15 mg / week): Increased risk of methotrexate blood toxicity, particularly when administered at high doses (> 15 mg / week), possibly due to displacement of methotrexate from protein binding and reduction of its renal clearance. •Hydantoins and sulfonamides: the toxic effects of these substances can be increased.Associations requiring precaution. •Corticosteroids: increased risk of gastrointestinal ulceration or bleeding (see section 4.4). •Diuretics:patients taking diuretics, particularly if dehydrated, are at high risk of developing renal failure secondary to a reduction in renal blood flow caused by inhibition of prostaglandins. Patients should be adequately hydrated and monitoring of renal function should be considered after initiation of concomitant therapy (see section 4.4). NSAIDs can reduce the effect of diuretics. Concomitant use of NSAIDs and potassium-sparing diuretics, in addition to a reduction of the diuretic effect and potential for nephrotoxicity, may also lead to hyperkalaemia. •ACE inhibitors and angiotensin II antagonists: In some patients with impaired renal function (e.g. dehydrated patients or elderly patients with impaired renal function) the co-administration of an ACE inhibitor or angiotensin II antagonist and agents that inhibit the cyclooxygenase system may lead to an further deterioration of renal function, with possible onset of acute renal failure. The combination should therefore be administered with caution, especially in elderly patients. Patients should be adequately hydrated and monitoring of renal function should be considered after initiation of concomitant therapy. •Methotrexate used in low doses, less than 15 mg / week:a weekly blood count should be performed during the first few weeks of combination therapy. In the presence of even mild worsening of renal function or in elderly patients, monitoring should be more frequent. •Pentoxifylline:increased risk of bleeding. Clinical monitoring should be increased and bleeding time monitored more frequently. •Zidovudine: risk of increased toxicity on the red cell line by action on reticulocytes, with severe anemia occurring one week after starting treatment with the NSAID. Check the complete blood count and reticulocyte count one to two weeks after starting treatment with the NSAID. •Tenofovir:concomitant administration of tenofovir disoproxil fumarate and NSAIDs may increase the risk of renal failure. •Sulfonylureas: NSAIDs can increase the hypoglycemic effect of sulfonylureas by displacing them from plasma protein binding sites.Associations that need to be considered:•Antihypertensives(beta-blockers, angiotensin converting enzyme inhibitors, diuretics): NSAIDs can reduce the effect of antihypertensive drugs by inhibiting prostaglandin synthesis. •Thrombolytics: increased risk of bleeding. •Probenecid:concomitant administration of probenecid can significantly reduce the plasma clearance of ketoprofen and consequently the plasma concentrations of ketoprofen may be increased; this interaction may be due to an inhibitory mechanism at the site of renal tubular secretion and glucuronide conjugation and requires an adjustment of the ketoprofen dose. •Selective serotonin reuptake inhibitors (SSRIs) and tricyclic antidepressants:increased risk of gastrointestinal and intracranial haemorrhage (see section 4.4). •Ciclosporin, tacrolimus: risk of additive nephrotoxic effects, particularly in the elderly. Renal function should be measured during associated therapy. •Quinolone antibiotics:Animal data indicate that NSAIDs may increase the risk of seizures associated with quinolone antibiotics. Patients taking NSAIDs and quinolones may have an increased risk of developing seizures.

Cases of overdose have been reported with doses exceeding 2.5 g of ketoprofen lysine salt. In most cases, the symptoms observed include: lethargy, drowsiness, nausea, vomiting and epigastric pain. Symptoms of overdose may also include: central nervous system disorders, such as headache, dizziness, confusion and loss of consciousness. Hypotension, respiratory depression and cyanosis can occur. Renal failure, seizures and coma have also been described. A single case of anxiety, visual hallucinations, hyperexcitability and behavioral alteration was reported in a pediatric patient who received twice the recommended dose. Symptoms disappeared spontaneously within 1-2 days. There is no specific antidote for an overdose of ketoprofen lysine salt. If severe overdose is suspected, gastric lavage and the institution of supportive and symptomatic therapies are recommended to compensate for dehydration, to monitor renal function and to correct acidosis if present. In case of renal insufficiency, hemodialysis may be useful to remove the drug from the circulation. 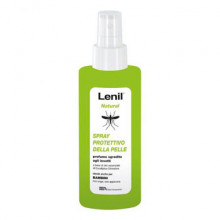 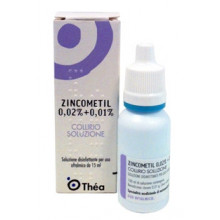 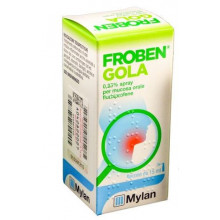 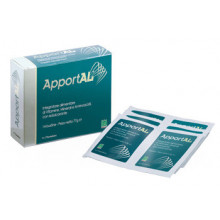 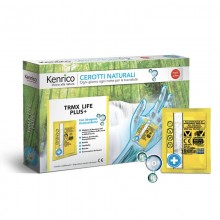 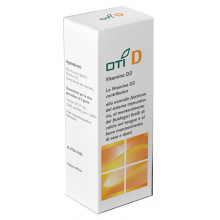 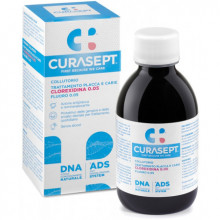